Morgan and I took our friends, Jeremy and Laura, on a whirlwind tour of the South Island. In 6 days, we drove over 2,000km and saw some amazing things. Today I’m going to hit the highlights from the first half of our trip, and we’ll cover the second half next week. 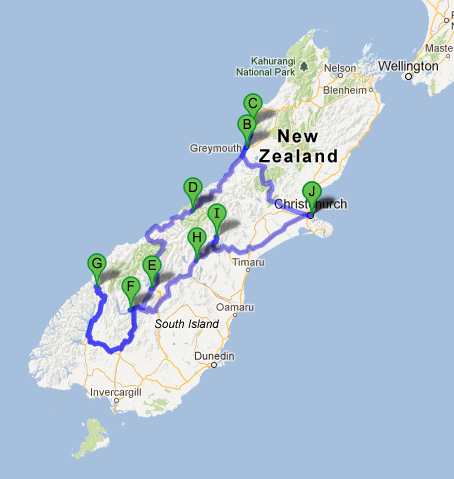 We began by leaving early on “Boxing Day.” Boxing Day is a public holiday that takes place on the 26th of December. I don’t really know the history of it, but it is the busiest retail day in the country as people make returns and purchase things that are on sale. Our final destination was Greymouth (Point B), a small city on the West Coast. To get there, we drove through Arthur’s Pass.

Morgan and I spent the day in Arthur’s Pass a few months ago, but the weather was much different this time! We’re enjoying a nice warm summer, so we wandered around in shorts and explored many of the same places in a different climate. There was a threat of rain all day, but it never came into fruition. There were many light and dark clouds hovering around the mountains, however, and that gave them a slightly intimidating touch of reverence.

Our first stop was at Castle Hill, the filming location for Chronicles of Narnia (no reenactments this time). 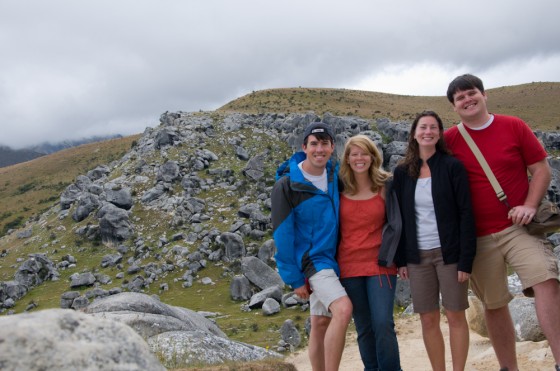 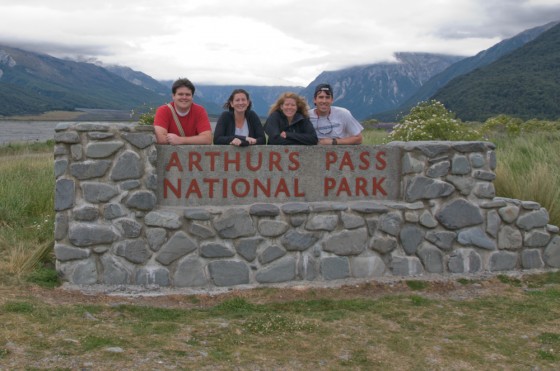 After driving for another 45 minutes, we ate lunch in Arthur’s Pass. Then we hiked up to see a massive waterfall, known as the Devil’s punchbowl. 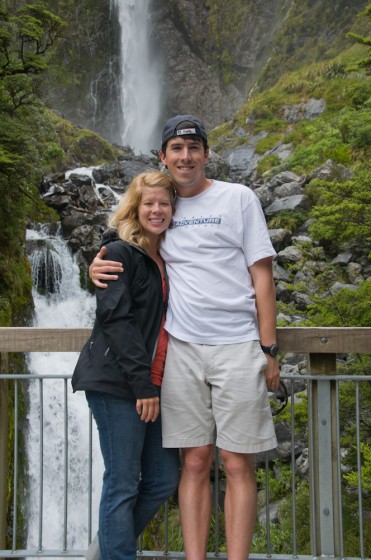 We then went and explored a new area in Arthur’s Pass for us, the Bealey Valley. It was a short walk (just under an hour) and finished alongside a mountain stream. When you looked up river, there was an incredible mountain with dozens of waterfalls coming down it. These waterfalls eventually joined together to make the river we were relaxing next to. 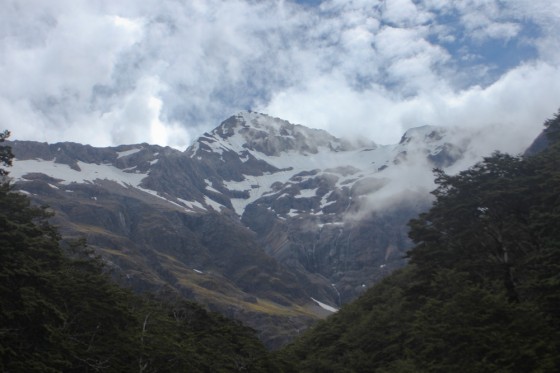 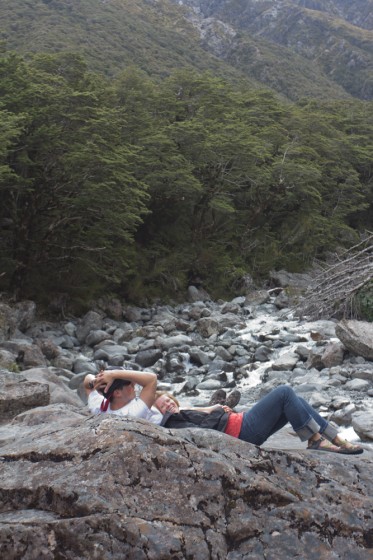 From there, we drove down through the mountains into the town of Greymouth. We had little planned for Greymouth other than sleeping, but our hotel was right on the ocean and had a full kitchen. We cooked dinner and then ate it outside before driving 40 minutes up the coast to see the Pancake Rocks of Punakaiki (Point C).

No one is really sure how these rocks are shaped the way they are. It is pretty unique; they literally look like giant stacks of pancakes. During high tide, the waves crash against the rocks and there are some impressive “blowholes” where the water shoots into the sky. Unfortunately, we were there during low tide and missed the blowholes, but the good news is we arrived just in time for sunset. 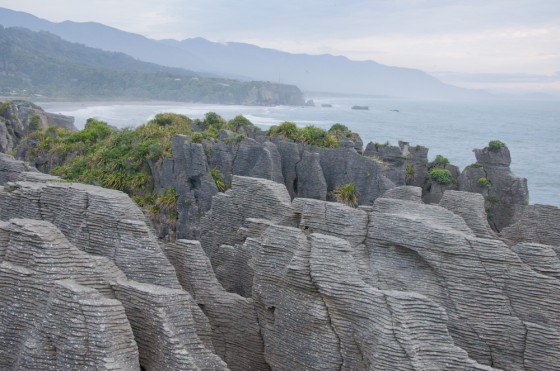 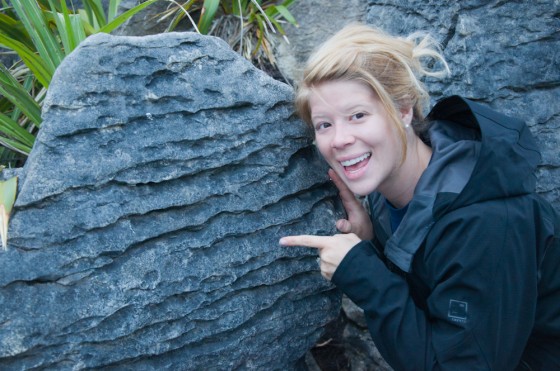 Research work to determine if these are actually Pancake Rocks 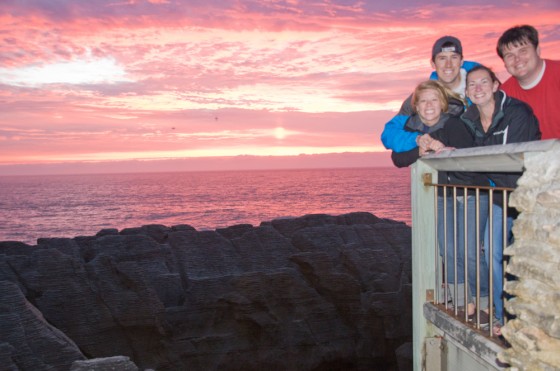 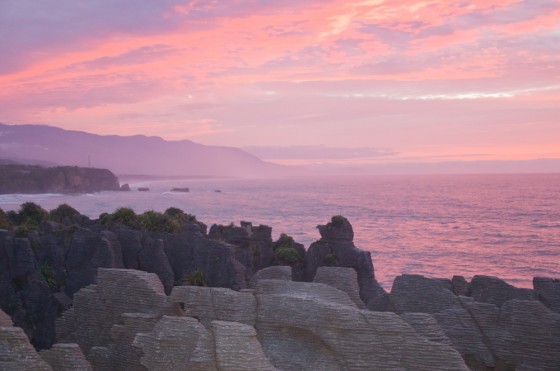 One unique thing about New Zealand is that you could easily watch the sunrise over the ocean on the East Coast, drive 3-4 hours and then see the sunset that night over the West Coast. We haven’t done it yet, but it is definitely on our to do list.

We took a lot of great pictures, and received a lot of sandfly bites (case in point…buy bug spray!), but it was a very peaceful and beautiful way to end the first leg of our road trip.

We woke up in the morning with a 2-3 hour drive ahead of us from Greymouth to Fox Glacier (Point D). We checked in at 11:50AM for our first helihike! Fox Glacier is one of three glaciers in the world that actually descends into a rainforest. Although you can start from the bottom and walk up, we opted to take the helicopter towards the top so we could get a better view of the valley and hike higher on the ice.

The helicopter was a lot of fun. Neither of us had ridden in one, and the views were spectacular. Landing on the ice was interesting: the “landing pad” (aka, a patch of flat ice) was tiny. But everything went quite smoothly and we were fortunate to have great weather while on the glacier. 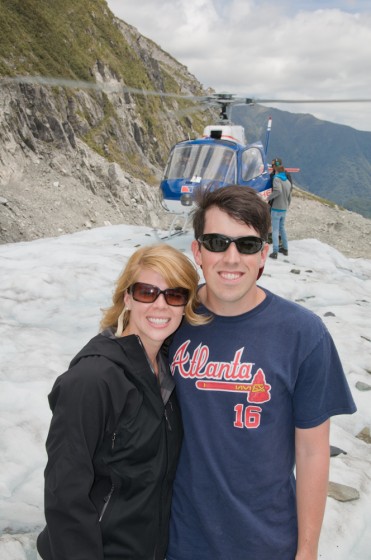 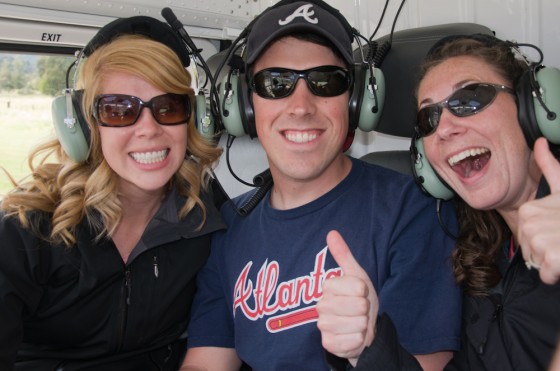 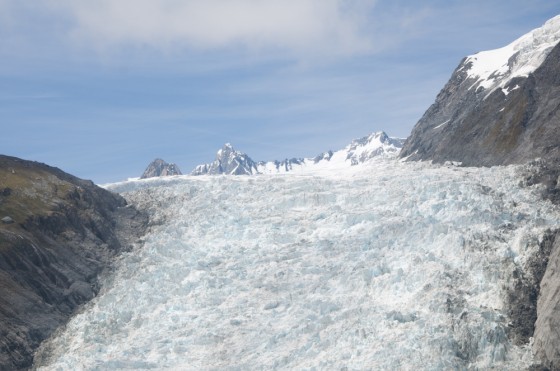 Standing on top of a glacier is an odd experience. The guide told us that the glacier was about 150 metres deep! That meant we were standing on 492 feet of solid ice.

The Glacier is full of crevices, caves, arches, and because it was summer, tiny streams of melted water. The water is perfectly clean, which meant we could drink it straight off the glacier. 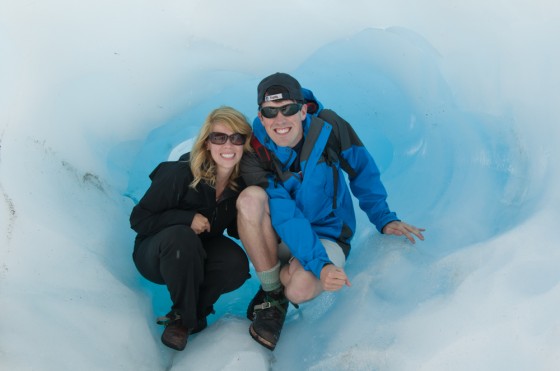 Life inside an ice cave 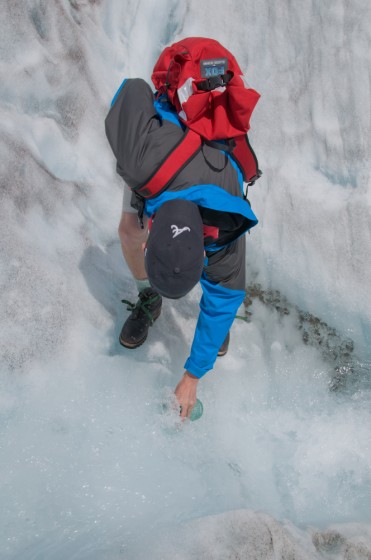 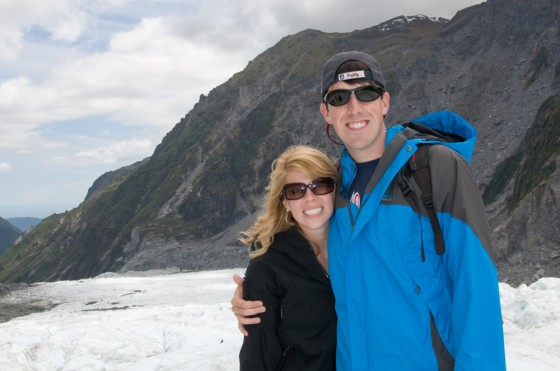 Standing on top of Fox 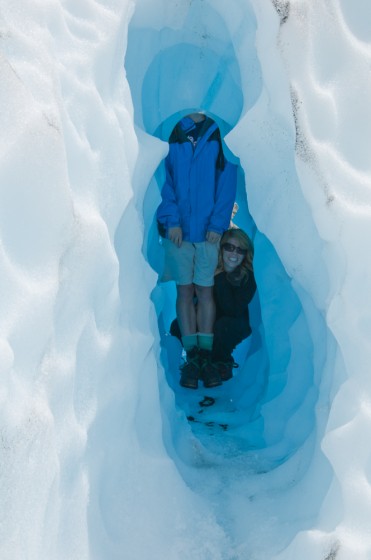 This ice cave was shaped for smaller people

Glaciers are also powerful earth-shapers. Much of the South Island was carved by glaciers, which give it the dramatic landscape it is so famous for. You can see the glacier at work as you stand on it. The edges are covered in rock and dirt that has been shaved off the valley walls. You can also look up and see the high outline of where the glacier has already cut into the mountain. 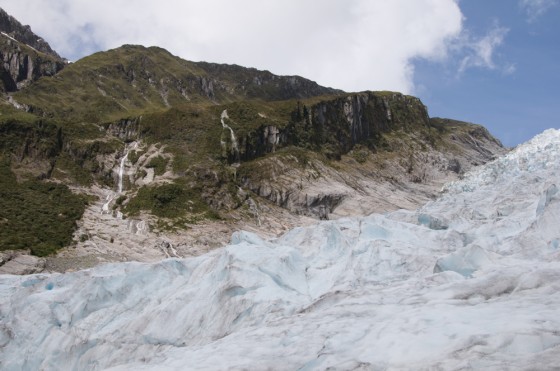 The last few years have been warmer than normal in New Zealand, so the glacier has melted quite a bit. Four years ago, the glacier was as high as the vegetation line in the above photo. It has dropped about 100 meters since then! This fluctuation is fairly common; it was actually lower in the 1980’s than it is now. During the last ice age, the whole thing went all the way out into the ocean, which is 10 miles longer than it is now!

We were on the ice for about 3 hours before we headed back into town for dinner and a good night’s sleep.

The next morning, before we left the town of Fox Glacier, we stopped by Lake Matheson. It is a very calm lake that has a great reflection of Mt. Cook and Mt. Tasman. These are the two tallest mountains in New Zealand (around 12,000 feet). 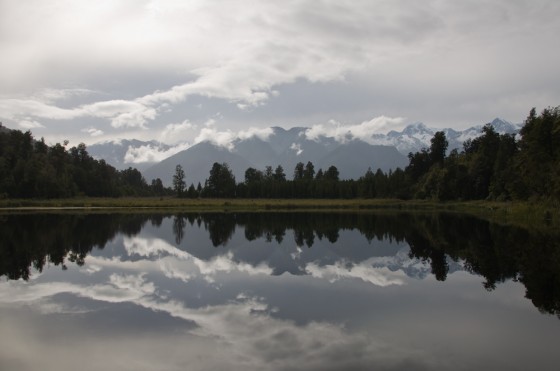 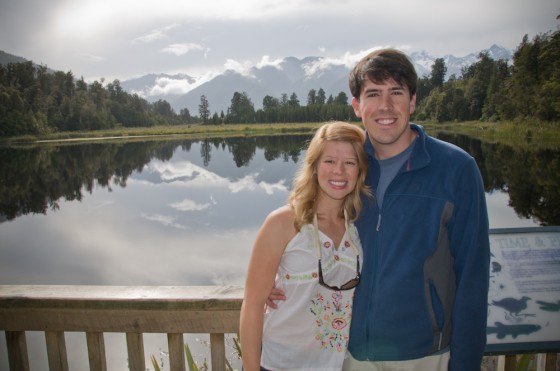 We got bit by a few more sandflies, took some more great pictures, and headed off to our next stop: Queenstown (Point F).

To see more photos, check out the facebook album. 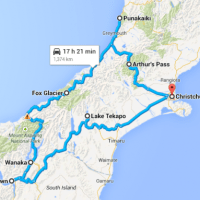